If  you were living on the Islands back in the late 80’s or 90’s you would probably think by the title of this article the topic was about Kauai’s famous and powerful strain of “pakalolo“.  But, no, this reference is to the community of Kauai’s progressive commitment to renewable energy resources through solar power and biomass-to-energy electric plants.  But, more on that later…. 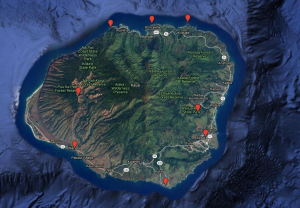 If you are the regular working class like me, then, chances are it will require two connecting flights to end up at the Lihue Aiport. The heavy leg is usually about 7 hours and not something I look forward to. After a two-hour layover in Phoenix, I swaddle down the narrow walkway of the American Airlines Boeing 757-200 with my camera backpack and leather laptop attache.  I now know that the flight from PHX to LIH on this plane is economical for a reason.  Sold out and small.  Not my fav combo.

As I head towards the back of the plane, I grab my aisle seat next to a friendly-looking retired couple.  I would say that 90% of the time I fly, after the initial head nods and courtesy smiles, it is time to put on the ear-buds and music your way to the next destination.  Something was different about these two folks.

Their blood, sweat and tears were planted in and around Canton, Ohio and at some point heading south to warmer weather sounded good and they ended up in Pawleys Island, South Caroline.  Or, was it a directive from their Russian spy network handler?

Bernadette was sitting  in the beloved middle seat and we struck up a varied conversation ranging from kayaking, to travel to life adventures.   Joe would occasionally look on as our conversations became more animated.  My brain is wired for the creative and I felt inspired and shared with them my ideas of an upcoming book I am writing that is loosely based on my life but as a fictional spy thriller.  As I shared various chapters and themes from my book, instantly it became apparent that this seemingly gentle, friendly couple could be long-term plants by the the Russian FIS that I could integrate into my book!  Seven hours later this arduous flight was over before you knew it (but, never too soon) and I made a great connection.  Seriously, Agents J & B will be integrated into the book! 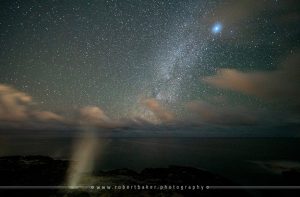 My surf buddy Sean from Westhampton Beach, NY flew out to participate in Laird Hamilton’s XPT performance training module held on the North Shore but we were basecamping with Alaska friends now living in Kalaheo.  They have a wonderful home and their two-story lanai on a hillside overlooks Popui Beach.  Compared to Oahu and certainly the Mainland, the absence of light pollution was amazing at night.  Falling stars and planets Venus, Saturn and Jupiter make is all seem possible that someday we too could be driving a new Tesla to a far-away planet!

Before I get to far into my travelogue, the VERY FIRST THING you notice when you arrive at the Lihue airport is an abundance of colorful roosters.  Like EVERYWHERE.  What is the dealio?

Hawaii’s official State bird is the Hawaiian Goose, or Nene, but on Kauai, everyone jokes that the “official” birds of the Garden Island are feral chickens, especially the wild roosters. Most locals agree that wild chickens proliferated after Hurricane Iniki ripped across Kauai in 1992, destroying chicken coops and releasing domesticated hens, and well as roosters being bred for cockfighting. Now these brilliantly feathered fowl inhabit every part of this tropical paradise, crowing at all hours of the day and night to the delight or dismay of tourists and locals alike. 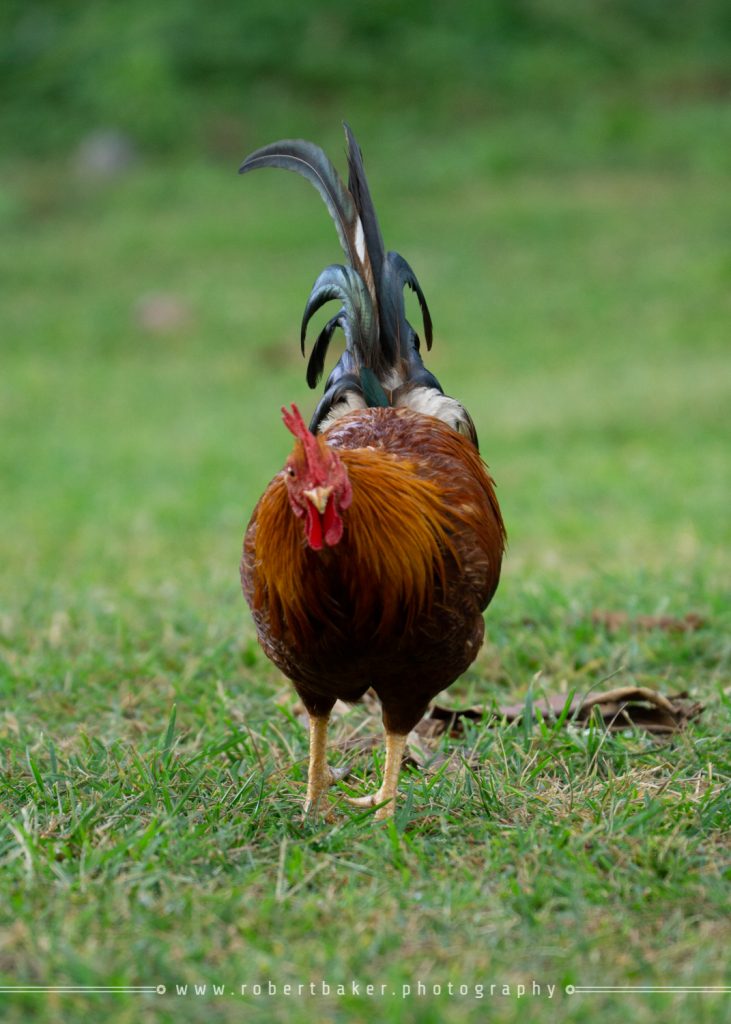 First of all, they eat bugs, lots of bugs, including the mean and nasty Hawaiian centipedes that can give you a painful bite similar to a hornet or wasp sting, only worse. Plus, they are so colorful, as a photographer I probably took at least 50 photos of different chickens around the island.

According to a study done by Michigan State University, domesticated chickens, humanity’s leading source of animal protein, are fighting rapidly evolving pathogens and fertility issues likely caused by inbreeding. The Red Junglefowl, the chicken’s closest living relative, is believed to have been introduced to Hawaii by ancient Polynesians, and is threatened by habitat loss and the contamination of gene pools from hybridization in its native Asian range.

Studying the evolutionary forces at play among the feral chicken population may lead to the ability to create hardier breeds of domestic chickens.

“Darwin drew heavily from his studies of domesticated species to develop his theory of evolution,” Gering said. “This can provide important insights into evolution in action within human altered landscapes, and may even someday help build a better chicken. And that would be something to crow about.” 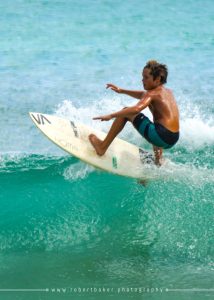 I would it is a safe bet that #1 on everyone’s list of things to do when they get to Hawai’i is to visit the beaches.  I was scheduled to deliver Sean out to his Laird Hamilton “summer camp” on the North Shore by 5pm so we headed out to a couple of surf spots around Poipu.  Nothing was really popping….I tried to swim out the 300 yards to capture some shots of Sean surfing some 2-4′ waves but the shallow rocks terminated that adventure.   We then headed up the road a couple of miles to see the Spouting Horn.  Cool, random display of spouting water with stereophonic horn-like noises.  And, yes, many, many chickens looking to get fed by the tourists.

We decided to head towards the North Shore and surfing conditions were not improving.  The two-lane road transiting small communities like Wailua, Kealia, Kapaa and Hanalei made for a slow drive but affording great views of the South Pacific and the balance of tourism and traditional Hawaiian culture. Over several days, with high wind and surf advisories, I was able to shoot some surfing at Shipwrecks, Waimea, and Kealia breaks. I actually purchased a boogie board from Costco, but, never used it due to the conditions.

Kauai electric…..After you are done noticing all the wild roosters on Kauai, then you notice trees that seemed to be “Out of Africa”.  My buddy Sean had recently traveled to Africa and we both commented how similar these trees were.  It turns out….they WERE very similar.

The Albezia tree was introduced to Hawaii in 1917 as an ornamental and for reforestation. It is now naturalized throughout the islands in lower-elevation areas. It can be seen growing in abandoned sugarcane fields and along roadsides, and is now being used as a light-weight lumber due to it’s fast growth rate. This tree grows a whopping 15 feet a year, reaching over 100 feet tall and 150 feet wide. This is not a tree you want to let grow in your yard! 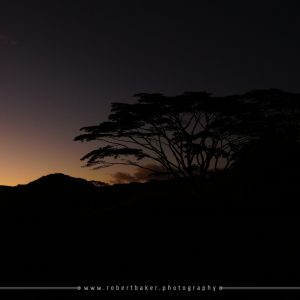 Turning lemons into lemonaide, the Kaua’i Island Utility Cooperative buys a percentage of their electrical power form a biomass powerplant that burns the wood chips from the Albezia tree to produce economical energy for Kauai residents.  And, even though the Albezia tree is categorized as an invasive species, it’s rapid growth rate has now propelled the development of albezia forests because the trees grow so fast which can then be converted to fuel.

Now, thanks to Tesla, an amazing story written by Amelia Urry in 2017 showcases how in March of 2017, Tesla cut the ribbon on this groundbreaking grid-scale battery installation, a key test of the viability of energy storage in making renewable energy a more reliable part of the grid. With 50,000 solar panels and 272 batteries, the combined solar-and-storage plant provides enough energy to power 4,500 homes for four hours.

Now that the Tesla battery plant is up and running, the utility will be able to cut 1.6 million gallons of fuel use per year. That power will come right off the top of the morning and evening peak demand. Because those peaks are also the most expensive times to generate power, Kauai’s customers should see a drop in their electric bills, too.

The co-op is already looking to its next solar-plus-storage installation, this one in partnership with the energy company AES. Announced in January, the AES plant will be about twice as big as the Tesla plant, and will supply 11 percent of the island’s annual electricity needs by the end of 2018.

When traveling solo (most of the time), I try and be open and observant to interesting experiences off the beaten path.  Besides visiting many of the top surf beaches, I also did the traditional drive up the Waimea Canyon State Park.  One thing I appreciated on Kauai versus the Mainland is that State parks seem to have no entrance fee.  The weather was windy but with good visibility which is key for a successful trip.

I was looking to re-create fond memories of getting a food truck “plate lunch brah” that included grilled white fish, white sticky rice and kimchee….I did not find that but you must visit Da Crack in a very un-assuming strip mall. The market next door is a great place to get a smoothie as well.  Da Crack has a unique ordering system very similar to the Soup Nazi episodes on Seinfeld except the local folks are very friendly.  But, with the long lines to order food, you dare not hold up the line with indecision.  Ha!

The rambling and diverse hiking trail from Shipwrecks can provide miles of hiking on the Maha’ulepu Coastal Trail providing plenty of great photo opportunities and even the ability to cliff jump to the surf below! 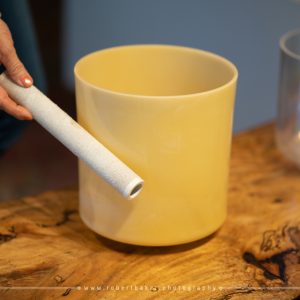 On Thursday I got to walking around Old Koloa Town and stumbled upon the Crystal Harmonics Sound Art Gallery and went inside.  Dawn sat me down as she demonstrated several of their quartz crystal singing bowls and within minutes I was having an emotional experience.  As she created a melody with several bowls, I actually wanted to cry as some sort of emotional response – not happy, not sad but like an emotional gurgling.  It was amazing.  I returned back that Sunday and even though I did not have the same emotional response, there was no doubt in the power of these singing bowls at 432Hz. If you are in Koloa, and, you have the ability to get centered, please visit their gallery!  They also lead a group meditation on Wednesdays. 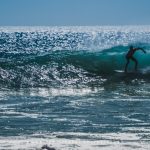 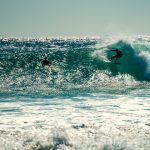 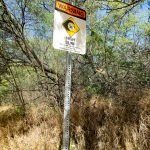 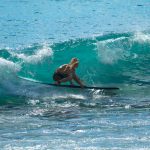 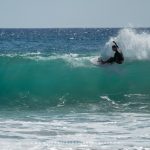 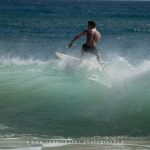 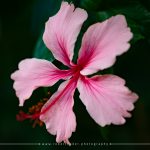 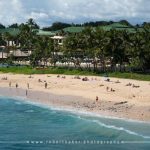 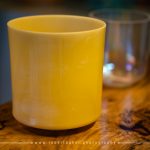 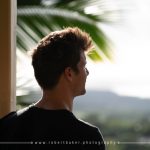 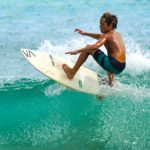 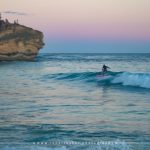