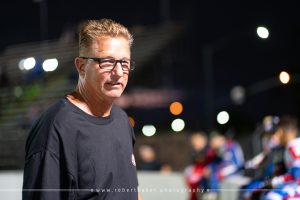 This past Saturday, September 28th was the 51st U.S. National Speedway Championship held at the family-owned Costa Mesa Speedway. Despite my living in the Costa Mesa/Newport Beach area from 1986 through 2005, I never ventured over to the Speedway.  Shame on me.  Over the years I have tried to coordinate a night of racing when I was in town and this past weekend the stars finally aligned to get me over to shoot the races.

In 1967 Harry Oxley went to work for Jack Milne, owner of a motorcycle shop on Colorado Blvd in Pasadena, CA. In the late 1960s, Harry Oxley and Jack Milne (1937 World Speedway champion) promoted speedway events in Van Nuys until they ultimately found what they were looking for at Costa Mesa. “He’s the godfather of speedway,” Brad Oxley says of his father. “He’s the one that has made all that is here at the Costa Mesa Speedway possible.” Brad Oxley (2X National Champion) followed in his father’s footsteps and is the current event promoter at Costa Mesa Speedway with his wife Jaleen Oxley.

I had reached out to the Speedway a few days prior and Brad’s wife  Jaleen got back to me and gave me the scoop how to get photographer credentials.  Both Brad and Jaleen are super cool peeps and you can tell this family-run business is a total labor of love and many if not most in the audience probably know the Oxley’s going WAY BACK.

What is also cool about the Costa Mesa Speeday is that due to it’s proximity to the beach areas, many of the patrons and racers are also beach/surfing enthusiasts.  So, you get a fun mix of oil and gas and flip-flops! 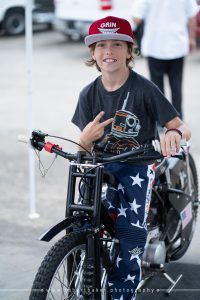 I mostly like to shoot lifestyle/personality shots and so arriving early provided me time to roam the pit areas and get a feel for the racing vibe.  There is long legacy at this racing track and you cannot help  but feel respect and admiration for all the racers that have put their heart and soul and strived to come home with the big trophy.  But, as any big family would have it, the community comes first and winning takes a close second place.

It was exciting to see the “groms” or youth racers ready to fill the gaps left by some of the older racers.  These young racers were focused, respectful and ready to compete.  The future looks bright based on what I saw Saturday night.

If you actually live in the O.C. area or plan on visiting, I would highly recommend a night at the races and tap into the great energy the Oxley’s have put together at the Costa Mesa Speedway. 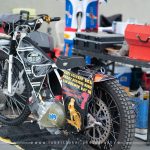 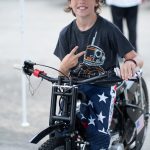 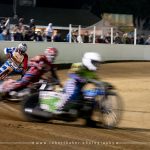 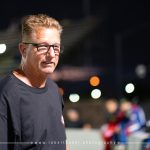 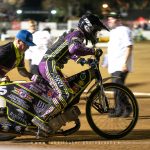 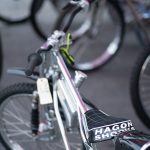 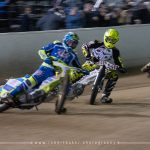 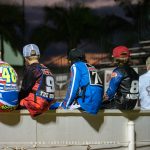 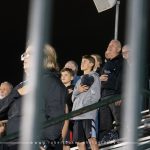 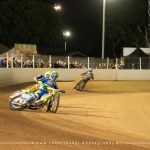 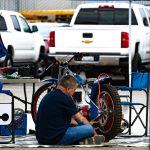