This past Saturday energetic barking dogs and their humans got together for the 11th annual Surf City Surf Dog Event sponsored by McKenna Subaru. I have been following the event for few years and knew at the very least I could capture a shot for my annual custom Appointment Calendar.  This particular event is appropriately located at the dog beach in Huntington Beach at Golden West Blvd. and the Pacific Coast Highway (PCH). The surf looked pretty big for animals but these pooches were barking for barrels!

Dog surfing has been documented as occurring in the 1920s in California and Hawaii. In the 1930s, a silent film titled On The Waves in Waikiki depicts Phillip K. Auna and Night Hawk, his terrier, surfing together on a wooden surfboard in Hawaii.

The terrier was able to perform the hang ten surfing maneuver on the surfboard. In 1944, a full page image of a surfing dog named “Rusty” was published in National Geographic magazine. In the 1950s, UPI published a photograph of Joseph “Scooter Boy” Kaopuiki and his dog Sandy surfing in Hawaii, which was published in newspapers throughout the United States. During this time, they were also reported about on the television show You Asked For It!. Dave Chalmers and his surfing terrier mix named Max, both from San Diego, California, were featured in several forms of media in the late 1970s through the 1980s, including surf movies and a television appearance on the show Amazing Animals. A Labrador Retriever named Kam was documented in Honolulu, Hawaii surfing partially lying down while simultaneously drinking from a bottle of beer.

The McKenna Subaru Surf City Surf Dog®, the world-famous premier event on the dog surfing circuit is held annually in late September in Surf City USA. The event brings together the community, surfers, dog lovers, families & pets for a day of fun and “fund”raising at one of Southern California’s most pristine beaches – Huntington Dog Beach! 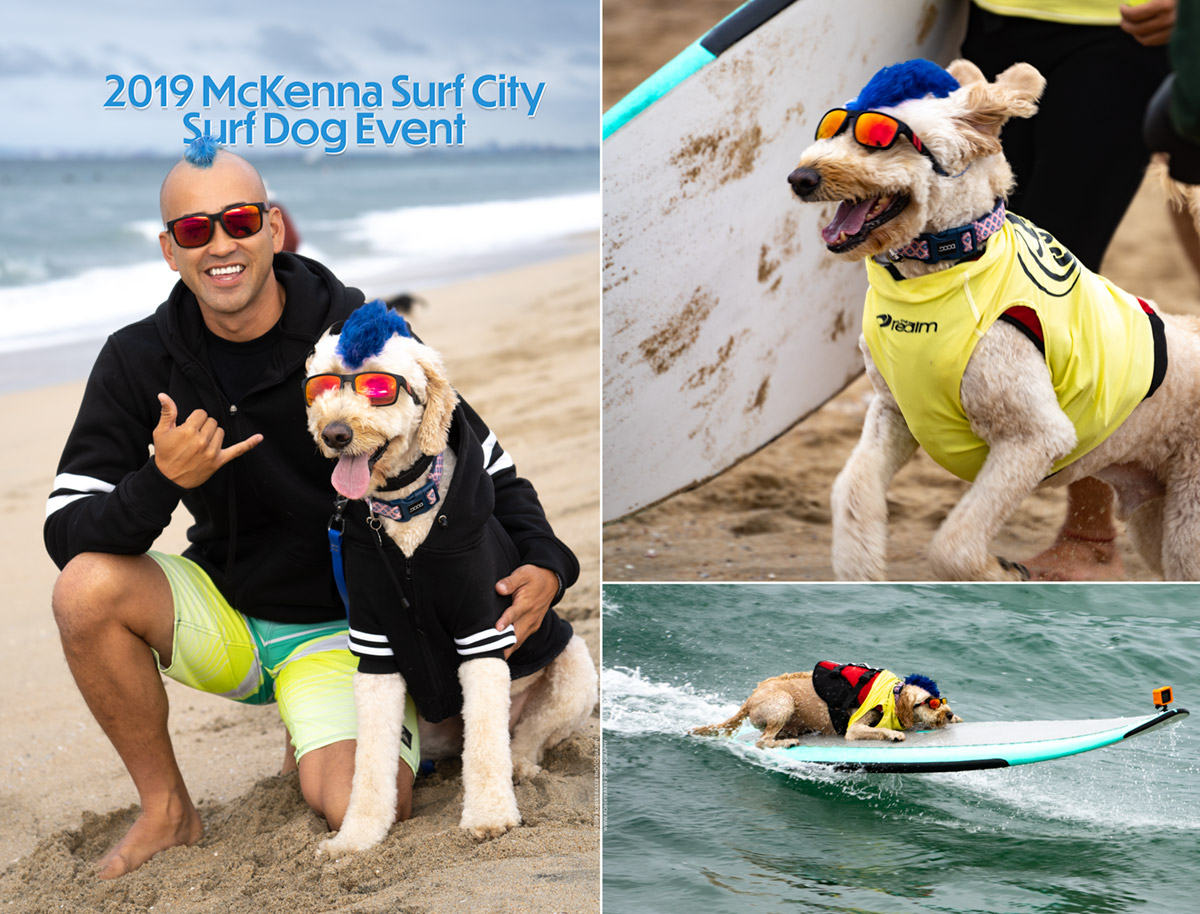 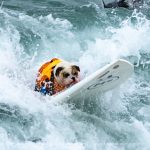 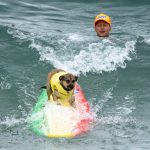 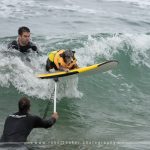 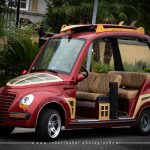 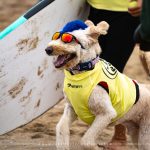 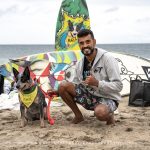 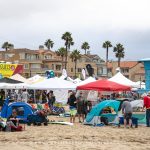 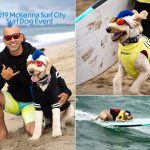 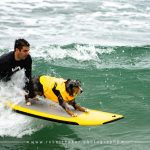 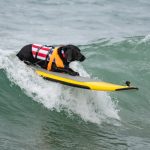 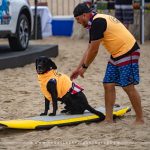 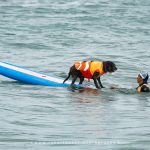