Ajo-Olé – In search of the organ pipe cactus

Well,  after two days of basecamping in Yuma, Arizona, my quest was to explore the Organ Pipe Cactus National Monument  on the southwest border of Arizona and Mexico.  In my mind I had a handful of exceptional compositions I had hoped to accomplish and I was even prepared to sleep in my car overnight to perfectly capture sunset, the stars and then sunrise. Three hundred miles later  on the same day I returned to Yuma feeling the Bridgekeeper has cast me into the gorge with barely an image to show for my efforts.

After passing the S. Foothills Blvd. exit off Interstate 8 heading east out of Yuma, you basically put the hammer down and try and arrive to in Gila Bend an hour later. The 75 miles driving south on state highway 85 gets you to the entry to the OPC National Monument.  Thanks to the under-achieving performance of our elected officials, this trip included the current Federal Government shutdown that excluded driving the best areas of the National Monument.  About 30 miles south of Gila Bend, you have your first encounter of the unique cacti wonderfully composed with mini-mountains and colorful rock formations.  But, my clock shows 3pm and I am hoping that my arrival to OPC will net a sunrise shot so I don’t take the time to pull over.  After 30 minutes in the park, I now know I could have just done my shots there and been better off.  Not all adventures net a blue ribbon!

Still pressing the gas, I putter through the small towns of Ajo (what did you call me? lol) and Why (the local market sign says “Why Not”).    Right away you can tell there are an abundance of artists living in Ajo and I am hoping I have enough daylight on my return trip to explore.

Organ Pipe Cactus National Monument is a U.S. National Monument and UNESCO biosphere reserve located in extreme southern Arizona that shares a border with the Mexican state of Sonora. The park is the only place in the United States where the organ pipe cactus grows wild. Along with organ pipe, many other types of cacti and other desert flora native to the Yuma Desert section of the Sonoran Desert region grow in the park. Organ Pipe Cactus National Monument is 517 square miles (1,338 square kilometers) in size. In 1976 the monument was declared a Biosphere Reserve by UNESCO, and in 1977 95% of Organ Pipe Cactus was declared a wilderness area. Organpipe cacti are pollinated by bats and they can take 150 years to reach full maturity. 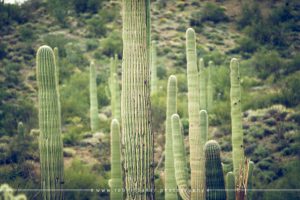 The Organ Pipe Cactus Biosphere Reserve is a first-generation biosphere reserve created in 1976 for the conservation of the unique resources representing a pristine example of an intact Sonoran Desert ecosystem. The biosphere designation has helped to attract scientists from around the world to Organ Pipe Cactus to conduct a variety of important studies to help us better understand the Sonoran Desert and the impact of humans on this amazing landscape.

There are two different sets of advice for visiting Organ Pipe Cactus National Monument, an austere swathe of desert on Arizona’s border with Mexico.

“Immerse yourself in a photographer’s paradise!” advises a glossy tourist brochure. “Explore the abundance of plants and wildlife unique to the Sonoran desert. Guided walks through the park, as well as hiking trails, camping and picnic facilities, are available. Drive the scenic 21-mile Ajo Mountain loop … star-studded night skies wash away the modern world.”

An identical-sized pamphlet on cheap paper, which you find in Mexican towns bordering the park, offers starker tips in Spanish.

“Use the north star and the movement of the moon to guide you towards the north during the night. Carry one gallon of water in each hand and six litres in the backpack. You can drink cactus fruit but the skin has nearly invisible spines. Peel carefully. If you have no water, drinking urine can sustain you for a while. Don’t do it repeatedly because it will become toxic.”

One park with two very different types of visitor. One seeking recreation, the other survival. This is the new normal on the front line of America’s border crackdown.

On August 9, 2002, Ranger Kris Eggle was shot and killed by a suspected Mexican drug smuggler during a United States Border Patrol operation. The visitor center has been named in his honor. The majority of the park was closed from 2003 to 2014.

Due to the Federal Gov’t shutdown, I was able to only drive about 5 mile into the park.  And, I was not feeling the creative juices flowing.  Now, in my mind it is about getting and shots and roll out pronto and head back to Ajo and explore that artists colony. 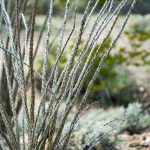 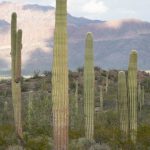 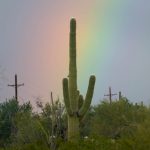 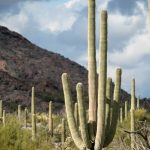 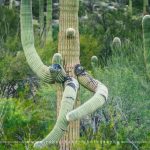 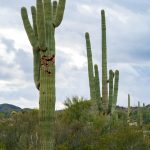 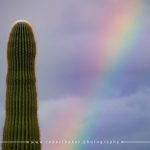 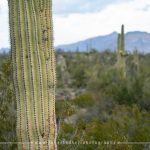 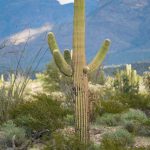 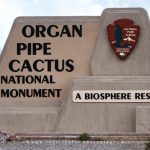 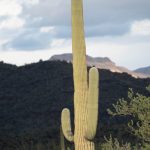 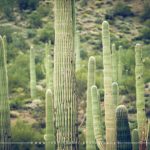 On the turnaround, I was hoping that there would be a locals-popular cafe in Ajo so I could try and make some connections to get a sense of this small artistic community celebrating the culture and history of the local Sonoran Desert. 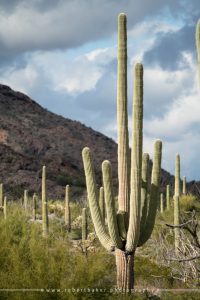 Some people think that this community was named “Ajo” as a reference to the spanish word for garlic – wild garlic plants did grow in the surrounding hills at one point.  The Ajo Chamber of Commerce believes that since this community was originally settled by the Tohono O’odham Nation that the indigenous peoples used the term “au-auho” for the pigment obtained from the ore-rich rocks.

On the way to silver mines near Magdalena, Sonora, Tom Childs, Sr. and his party chanced upon the Ajo area in 1847 and stopped to mine the ore they found. Soon the Arizona Mining & Trading Company, formed by Peter M. Brady, a friend of Childs, worked the rich surface ores, shipping loads around Cape Horn smelting in Swansea, Wales, in the mid 1850s. The mine closed when a ship sank off coast of Patagonia. Childs and other prospectors worked claims here; long supply lines and the lack of water discouraged large mining companies. Tom Childs, Jr. remained in the Ajo area and become merchant. 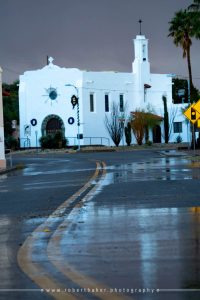 The first to develop the Ajo area profitable was John Campbell Greenway, a Rough Rider and a star Yale athlete. He became general manager of the Calumet and the Arizona Mining Company. Dr. L.D. Ricketts and Greenway developed a leaching method to process the carbonate ore overburden. Greenway also located the well that still provides water to Ajo and directed the construction of the Plaza, the community’s focal point. Calumet and Phelps Dodge merged in 1931 and the mine became the new Cornelia Branch of Phelps Dodge, managed by Michael Curley. The local newspaper, the Ajo Copper News, published its first issue April 29, 1916. With over 90 years of history, it is one of a few businesses still in operation from the early days of the community, although it has changed locations several times. Its inception was at the urging of Greenway and Curley.

Many retired people bought the houses and started a new era in Ajo‘s history and, more recently, changes have come about with the influx of Border Patrol Agents. The acquisition of the old Curley School and the plaza by the International Sonoran Desert Alliance has both preserved and altered the flavor of the community, which is home to many churches, fraternal groups, and social and cultural organizations with long and rich histories of their own. (historical text courtesy of the Ajo Chamber of Commerce). 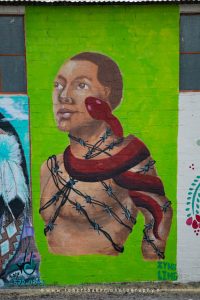 Ajo Art is a collection of art around town, the majority of which is accessible to the public. Over the past years, Ajo has evolved into a haven for hikers, mountain bikers, artists, bird watchers, environmentalists and star gazers. Combined with its history as a tri-cultural copper mining town, Ajo’s eclectic nature and diversity are expressed in a wonderful display of public art, community art, and outsider art. Click here for a self-guided tour of art around Ajo.

As I was driving north from OPC, a rain-burst blanketed the area and the first mural wall was vibrant in contrast from the fresh rain and contrasting light. Not too much further you cannot help but notice the two buildings for the Immaculate Conception Church. Pondering how the Catholic Church was a beacon of morality in the midst of fast-money that comes with a mining town.